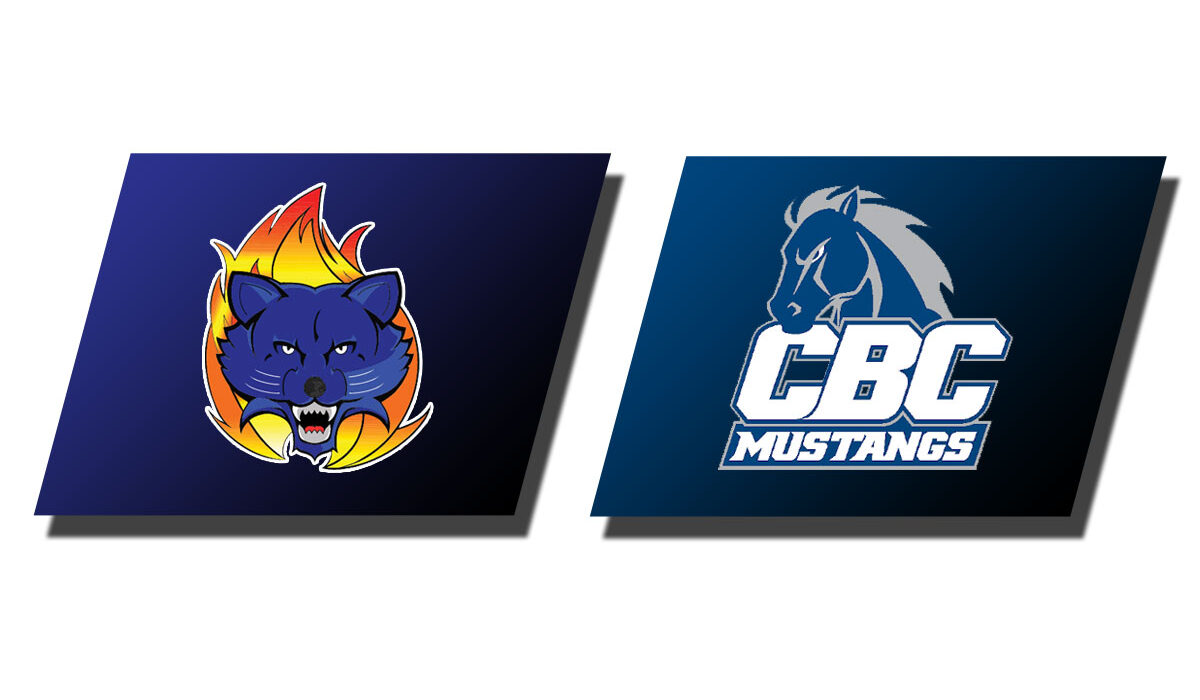 CONWAY – Returning home to play less than 24 hours after their last game, Central Baptist College men’s basketball hosted the Bearcats of Rust College tonight at Reddin Fieldhouse. CBC (5-3) never led, trailing by as many as 19 points early in the second half, falling to Rust (2-4) 79-74.

Tedrick Wolfe (SR/DeWitt, Ark.) led four Mustangs in double figures scoring and posted his second career double-double in the process. CBC was unable to contain a hot shooting Bearcat squad, allowing Rust to make 61 percent of their shots from the floor in the first half while only shooting 40 percent themselves.

Wolfe had 19 points and a career-high 12 rebounds. His other double-double came last February against William Woods.

TaJuan Johnson (SR/Chicago, Ill.) had 14 points off the bench and led the way in assists with four. Zach Hudson (SR/Jackson, Miss.) chipped in with 13 points and Kelvin Robinson (SR/Little Rock, Ark.) had 10 points.

The Bearcats’ DeAvion Washington had a game-high 25 points and 14 rebounds.

The Mustangs are back in American Midwest Conference play on Tuesday night when they welcome the Scots of Lyon College to Reddin Fieldhouse.