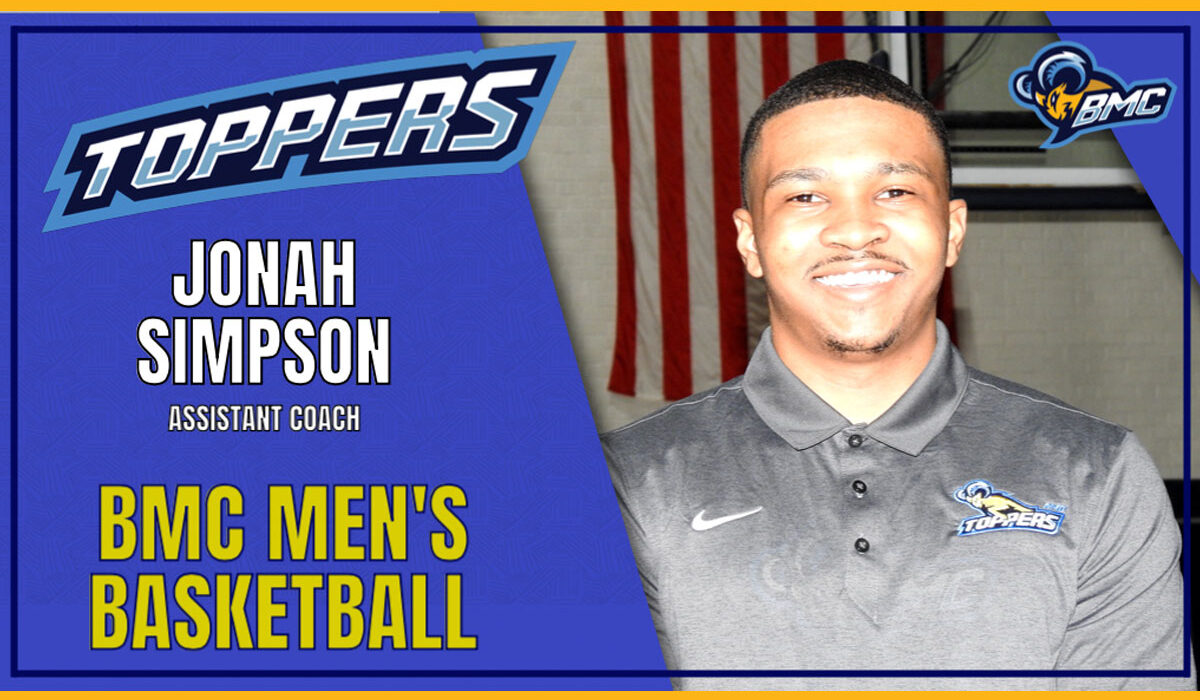 A Jackson, Miss., native, Simpson was the floor general for Bingham from 2018-20; he led the team in scoring and assists and was one of the top defenders in the nation.

“It was a no-brainer for me,” Bingham said. “Jonah’s pedigree and his mindset toward defense is something we placed a high priority on.”

In 2019, Simpson was named Second-Team All-Conference by the Southern States Athletic Conference (SSAC).

“I never thought I would be here at Blue Mountain in a coaching capacity,” Simpson said. “God has a way of making our plans null and void to accomplish His perfect will.  I am very excited about being on the other side of the court helping as a teacher from a student’s perspective of the basketball game.  I appreciate Coach Bingham as well as the higher ups for the opportunity and can’t wait to come in and make an immediate impact, not only on the court, but in the lives of these young men as well.”