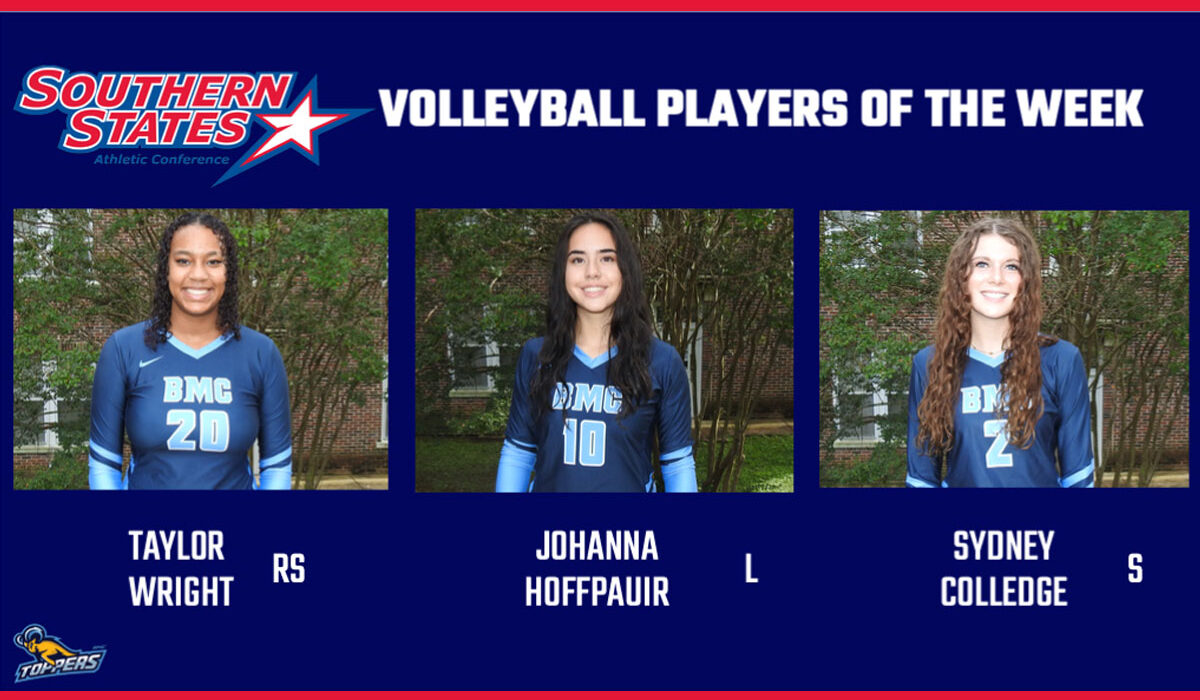 Hoffpauir, the SSAC Defensive Player of the Week, played in seven sets against Dillard on the week, digging out 27 balls and recording seven assists with two aces.  This is her third SSAC award of the year.

“I am proud of all three of these ladies,” BMC head coach Reid Gann said.  “They prepare well in practice and it shows in the games.  We are depending on them to bring a high level of play for us throughout the season.”